Prince Alfred Park was the focus of national attention back in November 2017, when thousands gathered and then celebrated the historic marriage equality vote.

Images of people welcoming the result of the vote were broadcast live around Australia and have been replayed countless times ever since.

To mark the event, the City of Sydney has moved forward and renamed the area ‘Equality Green’ after a public consultation process, and now – as a permanent reminder of that historic moment – a 90 metre rainbow path will now be created to run alongside it.

Sydney Lord Mayor Clover Moore welcomed the move, and said it was a fitting way to remember the occasion, “when 30,000 people gathered on the lawn of Prince Alfred Park to hear the results of Australia’s marriage equality postal survey.

“Bands of colour will be painted over the footpath near Prince Alfred Park Pool,” said Moore

“The community will soon be able to have their say on the proposal. We encourage locals to keep an eye on cityofsydney.nsw.gov.au in the coming weeks.“

The Surry Hills Creative Precinct proposed the rainbow path in 2019, noting support for the concept from the local business community.

“Prince Alfred Park was not just the venue for the celebration, but our community took a national lead in advocating for this historic change,” said Harris.

Where the national “yes” vote was 61.6 percent, in Surry Hills the figure was 74 percent in a reflection of the progressive views in the area.

“Surry Hills has long been at the vanguard of diversity and inclusivity, and the name ‘Equality Green’ is a great reflection of that.

“Having the Rainbow Walk painted at the site will be a permanent reminder of our contribution to that historic change.” 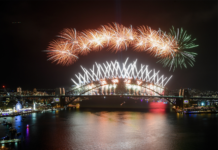 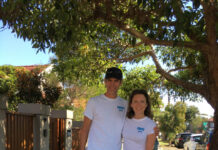 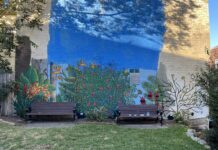 Nimrod Park Mural: Continuing the Beautification of the Inner East

Why We’re All For Chet Sounds

Sustainability is everything at The Sunshine Inn 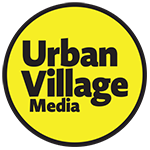 Why We’re All For Chet Sounds

Chet Tucker is a multi-instrumentalist – humble, enigmatic and highly talented. In my opinion he’s the kind of artist that if not seized and...
Read more

Sustainability is everything at The Sunshine Inn

For the Sunshine Inn, nothing is more important than your comfort. The venue serves as a bar and restaurant space, offering two types of atmospheres,...
Read more

Anyone who has travelled to Mexico would know, the Mexican food you find in Australia will just never compare. Tacos Muchachos, a new pop up...
Read more